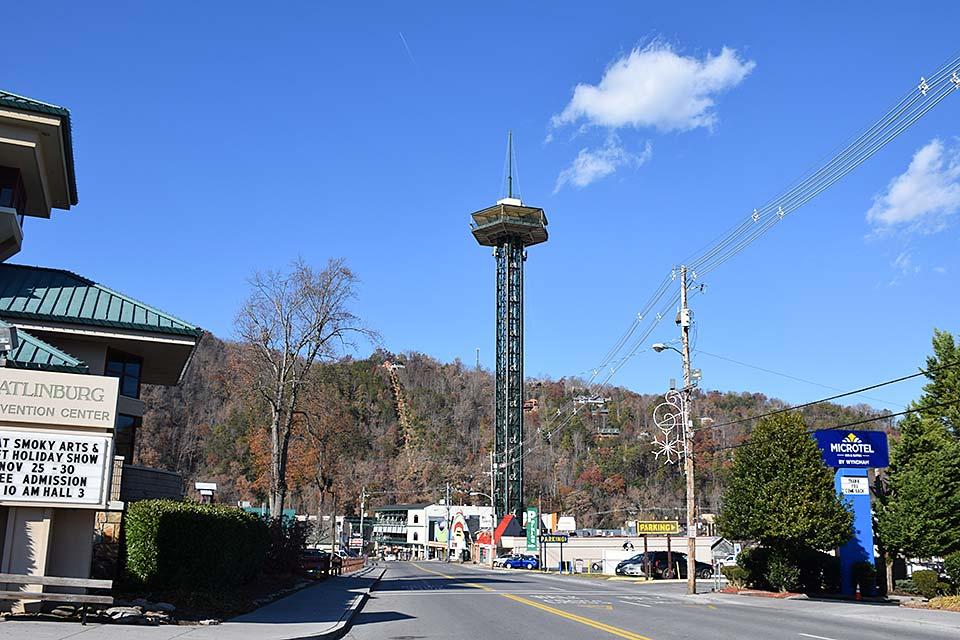 Where do you plan to be on December 31 to ring in 2020? For some, staying at home to watch the Times Square ball drop on TV is the way to go, while others don't even stay awake long enough to see midnight. But if you're the type that likes to get out and celebrate on New Year's Eve, we have just the ticket for you.

That night, the city of Gatlinburg will ring in the new year at the iconic Space Needle attraction for its 32nd Annual New Year's Eve Ball Drop and Fireworks Show. Since 1987, this family-friendly celebration has been one of the largest organized New Year's Eve events in the nation, and this year's end-of-year spectacular is one you won't want to miss.

The evening will include a live performance by the Journey tribute band Departure in addition to other downtown activities, all leading up to a midnight fireworks display and ball drop at the stroke of midnight. Attendees will be gathered around the base of the 400-foot-tall Space Needle, located at the intersection of Parkway and Historic Nature Trail in downtown Gatlinburg.

Since this event usually draws tens of thousands of spectators, attendees are encouraged to arrive early enough in the evening to find parking and a good spot to observe the festivities. We can assist in that regard. Our Gatlinburg parking lots downtown are located up and down the Parkway, including several lots just within a block or two of the Space Needle. Get here early enough to secure your spot, and then you can enjoy downtown's restaurants and shops while you're waiting for the countdown to a new decade.

In addition to this downtown event, you'll find several other New Year's Eve celebrations taking place in Gatlinburg that night, including a countdown pre-party at Ole Red and a ball-drop viewing party at the Gatlinburg Skylift Park. Also, Ober Gatlinburg Ski Resort and the Park Vista Hotel will be hosting their own separate New Year's Eve parties, featuring hors d'oeuvres, live entertainment and more.

If your New Year's Eve plans happen to take you to Pigeon Forge, you can party into the night there at The Island. Headlining that event will be country recording artist Tyler Rich, and they'll be having a fireworks show of their own when the clock strikes midnight. This free event kicks off at 10 p.m.