Have An Ober Gatlinburg Winter! 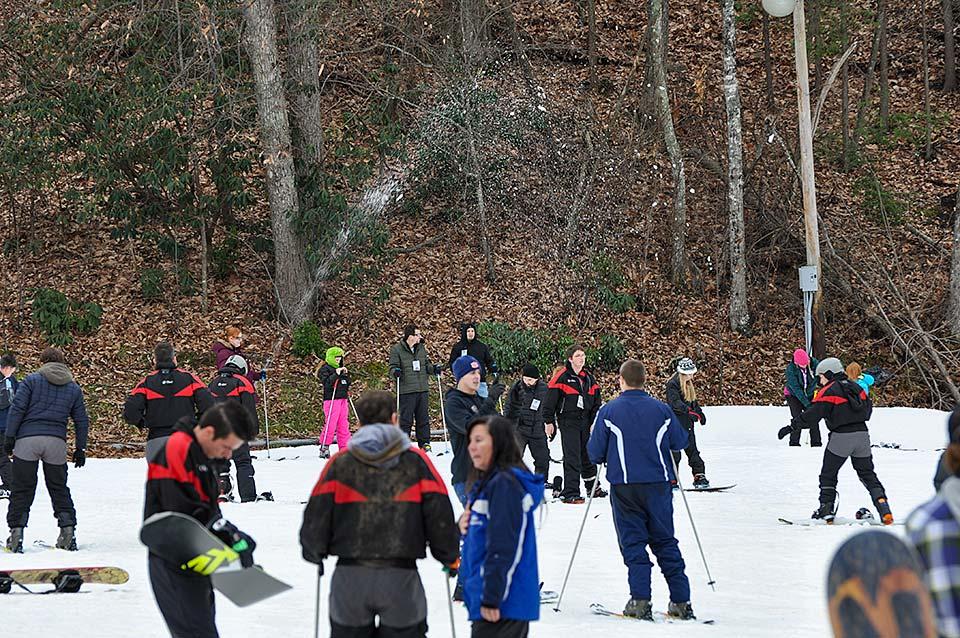 We've had some much colder weather and even snow in the Great Smoky Mountains these past couple of weeks. And nobody could be happier about it than Ober Gatlinburg Ski Resort. They've got their base of natural and manufactured snow in place, and their slopes are officially open to skiers and snowboarders for the 2020-2021 season.

At the time we're putting this post together (just as an example), six of the resort's eight ski slopes are open, and three of the ski lifts are operational. There's a 20- to 30-inch base of machine-groomed snow, including four to six inches of new natural snow. Among the open slopes are the ski school slope, where they teach beginners the basic skills of skiing, and Cub Way, which is also one of the easier slopes for beginners to learn to get steady on their feet. The terrain park, which is like a skateboard park for skiers and snowboarders, is also open, but it's recommended for those with more advanced skills.

If you're new to skiing or just new to Ober Gatlinburg, you can get to the resort by either driving to their location at the top of Mt. Harrison or taking the Aerial Tramway from its downtown Gatlinburg station. (By the way, our public parking in Gatlinburg is within walking distance of the station.) The two 120-passenger gondola cars are plenty big enough for you and your gear, if you're bringing your own. If you don't have your own ski gear or essential clothing, you can rent it on site before hitting the ski school or the slopes.

Skiing sessions run from noon to 7 p.m. right now, and there are a number of different ticket packages available at several different price points, depending on the times of day you choose to ski. Ober Gatlinburg also hosts a number of special events throughout the season including Church on the Slopes, Ladies Nights, College Nights, Ober Rocks the '80s, Spring Fling and the Winter Special Olympics.

Skiing/snowboarding isn't the only winter fun available at Ober Gatlinburg. They have a 10-lane, downhill snow tubing course, which will be open through Easter, and there's a skating rink inside the main facility. Also look for the Cubbies Snow Zone, a snowy play area for younger kids. Other outdoor things to do include a mountain coaster, ice bumper cars, a wildlife encounter, alpine slide, scenic chairlift, carousel and more. If you're more interested in staying warm and indoors, look for a number of shops as well as a full-service restaurant.