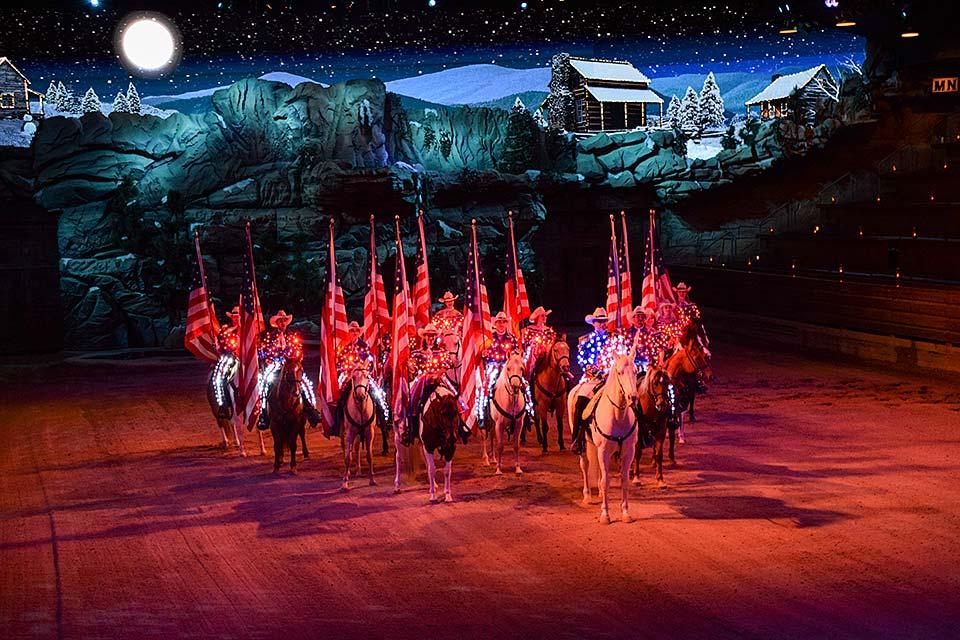 For more than 30 years, Dolly Parton's Stampede (formerly known officially as “Dixie Stampede”) has been one of the top dinner destinations in the Smokies. The attraction combines a delicious multi-course meal with a captivating live production to create one of the most in-demand show experiences in town.

As it always has been, the Stampede show plays out as a competition between the North and the South (although these days, the Civil War tie-ins aren't as obvious as they used to be). As many as 1,000 audience members per show are seated on either the north or the south side of the 35,000-square-foot arena.

From there, the cast of 32 horses and their riders (not to mention various other critters as well as dancers, comedians and more) set a friendly North-South rivalry into motion through a series of horseback-riding competitions and displays of trick riding, whether it's performers on horseback weaving between barrel obstacles or wagon drivers racing buckboards in figure eights. However, audience members get in on the act, too, from squaring off in a game of toilet-seat ring toss to racing stick horses to kids chasing chickens across the arena.

Along the way, there's music, comedy routines, stampeding buffalo, pyrotechnic displays and big-budget visual effects that make Dolly Parton's Stampede a show that folks don't forget. From the moment you arrive for the pre-show entertainment in the non-alcoholic saloon to the final exit through the merchandise area, there's something for everyone.

As for the dinner part of the equation, Stampede serves its guests a four-course meal consisting of a whole rotisserie chicken, barbecue pork loin, creamy vegetable soup, corn on the cob, a biscuit, drink and dessert. And there's no silverware either. The meal is designed to be eaten by hand, but don't worry; they have plenty of napkins on hand.

Each winter, the show takes on a holiday theme, which is reflected in seasonal costumes, music and even a North Pole vs. South Pole rivalry. A Christmas feast is served by elves, Santa arrives by sleigh, toys come to life, and camels deliver wise men during a live Nativity.

Dolly Parton's Stampede sits right on the Parkway in Pigeon Forge, but even if you're parking in Gatlinburg, you can take the Gatlinburg trolley to Pigeon Forge and get right off at the Stampede 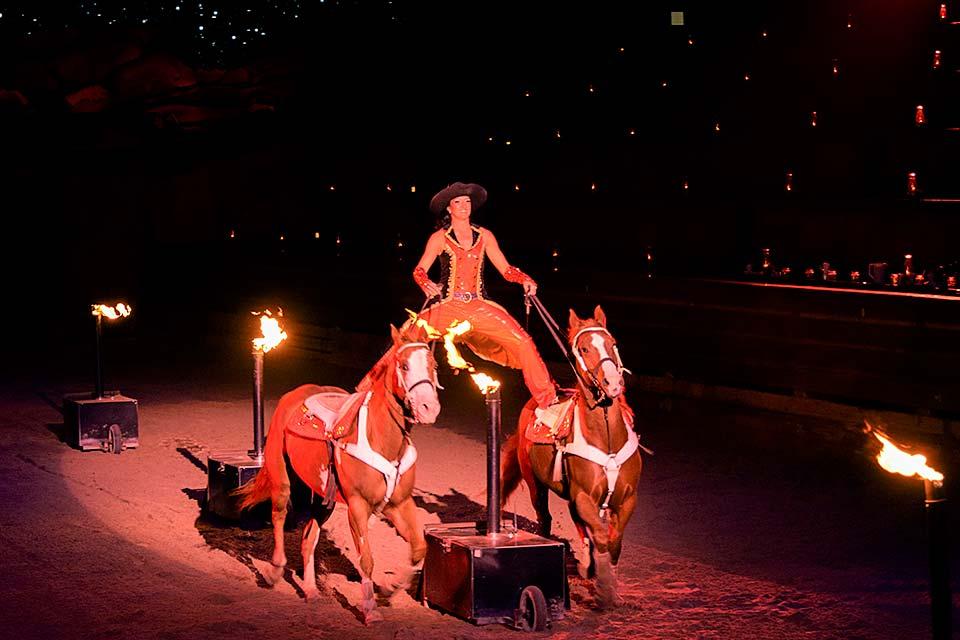 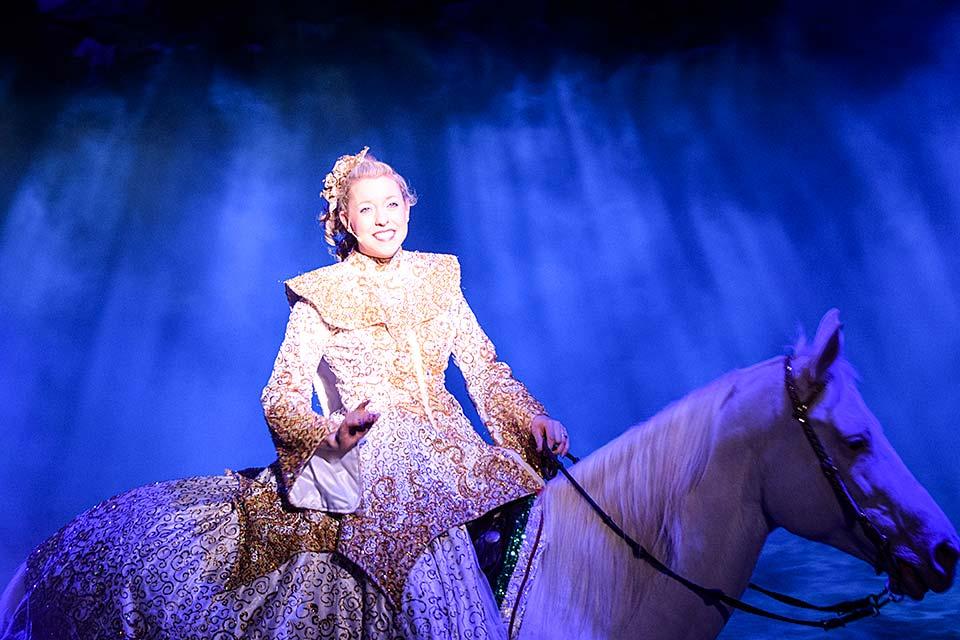